New Sensorimotor Programs That Bring Comfort to Seniors and Children

Picture walking into a classroom full of young children all slowly moving their arms in unison. Peaceful music fills the room, smiles alongside serious faces meet you as you walk in. You notice a screen in front of the room with a young girl slowly moving her arms like the children in front of you. There is a brightly colored swath of color superimposed over the girl that matches her movements. All of the children seem lost in the moment. You discover the name for the program on the screen is MeMoves. It is one of two new sensorimotor multimedia programs for self-regulation named MeMoves (for kids) and LifeMoves (for adults) that addresses learning and behavior in a new way and are being used by schools and nursing facilities alike. The results from using MeMoves and LifeMoves can be dramatic even though the programs seem very simple. Like the ancient art of Tai Chi, they are much more powerful than they appear. In Tai Chi, slow deliberate movement is used to strengthen the body and bring peace and clarity to the mind.

Modern scientific research can help explain why such simple practices can be so powerful. MeMoves and LifeMoves are based on the same science but differ in ways that better suit two different age groups; young children and the elderly. MeMoves was developed first with special needs children in mind, but soon the potential benefits to older adults were realized and LifeMoves was created; aimed at those with cognitive challenges such as dementia, traumatic brain injury and post-traumatic stress, LifeMoves differs only slightly from the original MeMoves. While the look and feel of LifeMoves is more suited for older audiences the science behind both are the same. According to Priohealth.com (creators of MeMoves and LifeMoves) both programs are based on research in three major areas including ” Matthew Lieberman and Naomi Eisenberger’s work on the physical pain of social rejection, Ami Klin and Warren Jones’ theory of Audio-Visual Synchrony, as well as Stephen Porges’ polyvagal theory, one of the most celebrated new developments in neurobiology.”

Lieberman and Eisenberger’s work describes the physical pain that social rejection can cause pointing out that languages all around the world use physical pain words to describe social pain such as using “a broken heart” to describe a failed relationship. This kind of pain can be very real and the creators of LifeMoves had this in mind when they chose human representations on screen. Using people who look similar to the audience along with human eye contact was used to add a social acceptance aspect to the program. Young children are shown in the MeMoves program while all ages including the elderly are used in the LifeMoves program.

How Children with Autism Benefit from Program

The next area of research the developers of MeMoves looked at is the work of Ami Klin and Warren Jones who linked autism and a heightened sensitivity to audio-visual synchrony. Some of their earlier findings showed that children with autism were more likely to focus on people’s mouths rather than their eyes like most children do. But they weren’t sure why until they did research on audio-visual synchrony and found that children with autism show no preference to a social movement (like an adult playing “peek-a-boo”) but prefer movement when it is synchronized with loud noises. This helped to explain the fixation these children had with the mouth as opposed to eyes. The mouth would move in perfect synchrony with the voice.

The other area of research is Stephen Porges’ polyvagal theory. This theory involves the fight, flight or freeze modes that our bodies respond with when presented with a real or perceived danger. When danger is perceived the sympathetic nervous system takes over and gives us the fight or flight reaction. If the danger is still being perceived the dorsal vagal mode kicks in and we shut down. In contrast, when we feel safe the ventral vagal mode kicks in and we feel safe to be social and express feelings, use facial expressions, and generally be ourselves.

To find out more about MeMoves and LifeMoves check out their website. Patients and therapists tell their stories of the program's benefits including stress reduction, sound sleep, group unity, better focus, and more. 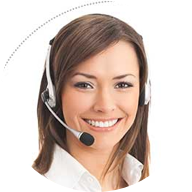