Storytime! Internalizing the Truth That No One Cares About Your Puffy Underwear

Since I began my journey with incontinence years ago, I’ve worked hard to separate my self (two words— who I am) from my infirmity. I am not my incontinence, and my fluffy underwear does not define me or what I can do. This is part of the “internal” work I talk about in my bio below.

But I’ll be the first to say that I can’t control what the rest of the world thinks, and I, for one, cared far too long what people thought. I worried about leaks and 'accidents.' 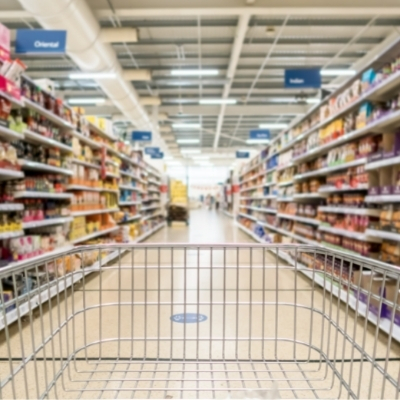 Before the Internet and well before NorthShore existed, I used to get aerobic workouts just mustering the courage to go into a store to buy my adult diapers, and there were a few instances that only fueled the fire and made my adrenaline go up.

Once, I was in a local pharmacy and there was a literal line at the register — my then-nightmare scenario. After walking around the store empty-handed for what seemed like ages, it was clear the line was not going to disappear. So I quickly grabbed a bag of absorbent briefs in my size, and got in line. I held the bag in front of me so people behind me couldn’t see them and people in front of me would have to turn around to see what I was holding.

I finally (finally, finally) got up to the cashier and she began looking for the price tag (they didn’t use UPC scanners back then). I was already red-faced, but I could feel the blood rushing to my face like the red mercury in a thermometer. In what seemed like slow motion, I saw her reach for the microphone. Nooooooooo! And then she said it: “ROB, I NEED A PRICE CHECK ON DEPEND ADULT BRIEFS, SIZE LARGE!” My leak protection details were now broadcast throughout the whole store for everyone to hear.

I thought I was going to die. But I didn’t. I grew, learned, matured and gathered perspective. 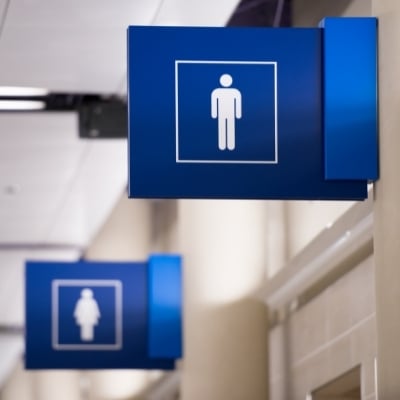 Years later, I was driving in the summertime to visit my mom when I felt that my protection was reaching capacity and I felt the uncontrollable urge to urinate again. I needed to change sooner than I thought. Maybe that large Diet Coke wasn’t such a great idea after all. I noticed a rest stop up ahead, but getting an incontinence product from the car to the restroom was going to be a challenge. (This was before I realized I should never take a trip without a “go bag,” but that’s a different post.)

By this point, I’d finally internalized two really important things: (1) People around me were too involved in their own lives to notice what I was doing and (2) I was never going to see any of these people ever again in my life. The WORST-case scenario was that everyone would know exactly what was going on and have a story for their friends about a guy who changed a diaper in the stall. That was the absolute worst that could happen to me.

So, I held the replacement diaper nonchalantly in my hand, walked into a stall, and tore off the Velcro tabs that held it in place (there is no mistaking that sound), cleaned myself up with the pocket-pack of wipes I’d brought, changed, rolled up the used wipes and diaper, walked out of the stall, threw it away, washed my hands well and got back on the road ... glad that it was over.

I’d be lying if I didn’t care what anyone thought. I’d be a fibber if I said I wasn’t a bit flushed walking out of that stall holding a used, soggy absorbent product, knowing that at least a couple people knew what had just happened but again I refer you to point #2 above: I was never going to see any of these people ever again in my life.

Look at how much growth there is between these two stories.

Since that day, I’ve had other things happen that might have given younger me apoplectic fits, but now I let them roll off me. I’m not embarrass-proof, but I’m very embarrass-resistant. I have finally internalized what I’m asking you to: You are NOT your puffy underwear, tab-style brief or other incontinence supplies. Your infirmity does not define you and your type of incontinence - whether urinary incontinence or bowel incontinence - does not have to limit the life you choose to lead.

Get the fluffy or not-so-puffy incontinence supplies and absorbent products needed - and minimize potentially uncomfortable public reveals - by shopping online at NorthShore or calling 800-563-0161.